Why Some Kids Lash Out & What to Do About It

At a birthday party this past spring, 3-year-old Nora tried to push her cousin Jack off the backyard swing set.

“Maybe she was upset because it was her sister’s birthday party and she wasn’t getting enough attention,” says Nora’s mom Carolyn. “When Jack and I walked over to talk to her, she looked very guilty and started crying. Then she said she was sorry.”

Like other children angered over a situation that didn’t go their way, Nora turned her frustration into a shove. Just like yelling, stomping feet or grabbing toys, hitting or shoving other kids or caregivers generally isn’t the result of rational or deliberate thinking. (What’s rational at this age anyway?) Tiny fingers might curl into a fist if a game is lost, if cookies aren’t shared or if bedtime seems to come too soon. Sometimes a child will become aggressive if he or she didn’t get a good breakfast, is tired or isn’t feeling well. Just as it is with adults, when kids are irritable it’s harder for them to control themselves.

“To be human is to occasionally become angry and frustrated,” says W. George Scarlett, Ph.D., the author of numerous books on child play and problem behavior and senior lecturer and deputy chair at Tufts University. “To develop into maturity is to learn good ways to deal with one’s anger and frustrations. But none of us does that on our own.”

Children may hit if they’ve seen someone else get away with it or if they have a very low impulse control, says educational consultant Michele Borba, author of No More Misbehavin’ (Jossey-Bass, 2007). “Some little critters just don’t have that inner regulatory system yet,” she says. “They will continue to hit if you don’t stop it. We forget that aggression can very easily become a habit, just like whining and talking back.”

Some kids can walk away from a negative situation; others are more prone to fighting, says Mary Laschi, a veteran teacher who has worked in the classroom and one-on-one with special-education and general-population students. “Most of the problems arise over a misunderstanding. They’re frustrated and unclear about a situation, but instead of being able to say ‘I’m scared’ or ‘I don’t understand,’ they use hitting as an avoidance technique and it takes the focus off of whatever is troubling them.”

Once a punch is thrown, experts say the best approach is to step in immediately. A teacher or parent witnessing the infraction should pull the aggressor aside and give him the chance to explain what happened. Then it’s the other child’s turn to talk. The hitter needs to be quiet and listen at this point. Explain that it’s never OK to hit someone. Ask the hitter what he or she could have done differently. Direct the child to apologize and impose a logical, consistent consequence for hitting.

It’s a conversation that should take place in a calm, even-toned voice, say Borba and Laschi. Wait, if you have to, until the hitter has had a moment to cool down. When you talk to the child:

• Kneel or sit next to him so that you’re at his level.

• Ask the hitter (or biter or pusher) to identify his feelings. Help him find the language needed to explain the way he feels.

• Always wrap up by asking the child what he should do if this situation happens again. Then you’ll know whether the child understands what you have said.

A child for whom hitting is a consistent problem needs a structured plan that clearly defines the problem and institutes immediate consequences, such as having a time-out, visiting the school director (if the problem occurs at school), or even staying home from school for a day.

“But you also have to work on the problem,” Laschi says. “You need to help the child learn new strategies and give them the proper language for dealing with their emotions. You need to have them practice scenarios again and again. Repetition is key.”

For very young children who hit, adults need to help insert “wedges” between impulses and the children’s actions. “Wedges are those behaviors that are acceptable responses to anger,” says Scarlett. “Young children need more than reprimands; they also need models and guidance for acceptable alternatives – and a good deal of patience on the part of parents, because they really do have a hard time curbing their impulses.”

Parents, he says, can help kids develop wedges “by giving them words they might say instead of hitting.”

Children who are malicious in their hitting are often dealing with problems at home. “It tells me that something is going on that I’m not aware of, but need to figure out,” Laschi says. “I just don’t think it’s a natural thing for a child to act this way.” Perhaps a sibling or peer is picking on the child; perhaps the child’s parents are getting divorced, or a relative is ill, she says.

Speak to the child and ask her what makes her want to hurt someone, the experts say. Help her identify the reason: Ask if it’s because of something someone said or did. “Tell the child that you won’t be angry at them, but that you need to know why they’re acting out,” Laschi says.

One day, Connor came home from preschool with a purple mark on his cheek, courtesy of a female classmate who was going through a “biting phase.”

“I was really shocked when I saw that chunk taken out of his cheek,” says his mom Cara. “We were worried, and so was the little girl’s mother and the school staff. When we all talked about it, we learned that the girl’s inappropriate behavior had escalated with the birth of a new sibling.”

When a Parent Is the Victim

Connor, it turns out, has his own moments of aggression.

“He has hit me, and it hurts!” his mom says. “We figured out that was his way of dealing with things he disagreed with or with transitions, like having to leave someone, or getting dressed for school in the morning.”

Now Connor has immediate consequences for his behavior, and a behavior chart that allows him to earn stars.

Parent educator Elizabeth Pantley has direct advice for parents who are the recipients of their child’s punches. In her book Perfect Parenting (McGraw-Hill Education, 2009), Pantley suggests:

• Every time the child hits, immediately take the child by the shoulders, look her in the eye and say, in a firm voice, “No hitting, time-out.” Guide the child to a chair or other time-out place and announce, “Stay here until I tell you to get up.” It’s important to respond appropriately and consistently each time the child hits.

• If you suspect that your child is hitting to gain your attention, stop rewarding her with the attention she seeks. Every time the child hits you, firmly say, “No hitting.” Then end the interaction with her and walk away for a little while.

• Make sure you are not “play-hitting” your child at any time. If you’re in the habit of playful “roughhousing” with your child, and allowing him to “hit” you in fun, he may find it difficult to draw the line between play and inappropriate behavior.

• Tell your child how you feel when you get hit or bitten. “Being honest with your child might encourage him to reveal his real intentions for lashing out,” Laschi says. Maybe he bit you because he was curious about what it would feel like. “Maybe the aggression wasn’t his real intent,” she says.

Bullies who hit or use coercion to get what they want may be used to getting pushed around by someone else. They’re learning the pattern of hitting and intimidation. Bullies are also usually aware that they have power and control over people, Laschi says. They’re often natural leaders who need their behavior redirected.

“The bully can be shown how to help the other child with his problem. He can show the other kids the proper way to act, and they respond to that positive attention and responsibility,” Laschi says.

Conversely, young children who are picked on need to be told to speak up for themselves.

“If they tell a child to stop hitting or picking on them and the abuse doesn’t stop, they need to tell an adult. They don’t like the behavior, but they allow it to happen because they don’t know any better,” Laschi says. “They need to be taught how to speak up for themselves.”

Lisa Kosan is a writer, editor and the mother of two boys. 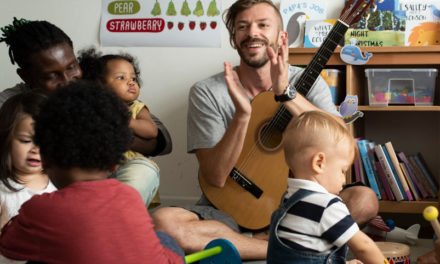 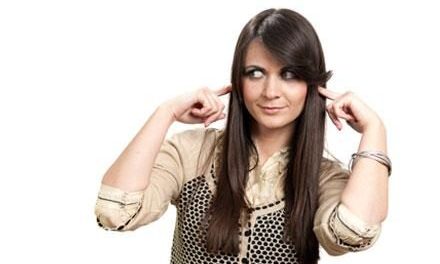 How to Handle Unsolicited Advice 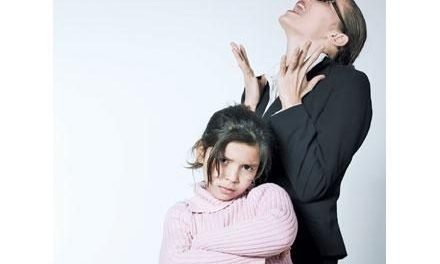 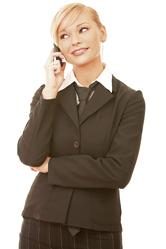