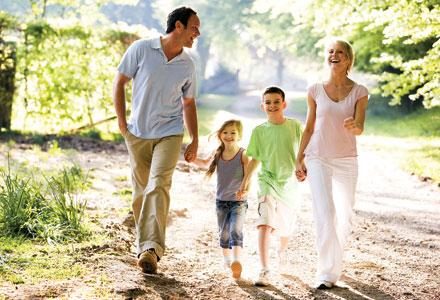 Not so great is having to research the trails to figure out which ones will be best for your family. That’s why we’ve compiled the top five kid-friendly hiking spots for all ages, levels and seasons.

The Ipswich River Wildlife Sanctuary in Topsfield offers more than 12 miles of trails for your family to explore. One of Mass Audubon’s largest sanctuaries, Ipswich River offers varying terrains, from forests and meadows to wetlands near the river. Not only does the sanctuary boast beautiful and manageable trails, but members can also rent canoes to paddle down stretches of the Ipswich River. The Observation Tower Trail contains climbable drumlins and eskers – geographical features carved by glaciers about 15,000 years ago. After hiking, stop in at the Nature Center, where your kids can view native birds in the sanctuary’s bird habitat garden.

Purgatory Chasm also has its origins in glaciers, with its formation credited to the release of a glacial melt-water dam about 14,000 years ago. The sudden release of this dam at the end of the Ice Age created the unique rock formations that make up the chasm today, which stretches a quarter of a mile between rock walls that reach as high as 70 feet. Your kids will get a kick out of some of the names of the formations and caves, like Fat Man’s Misery, Lovers’ Leap and The Corn Crib. Making your way through the maze of nooks and crannies in the boulders takes a little longer than two hours with young children. Purgatory Chasm also has a fairly new playground and a good number of picnic tables.

Arguably one of the best trails on the Cape, the Great Island Trail meanders along almost five miles of the Cape Cod National Sea Shore. The hike contains a combination of beaches, woods and marshes with run-offs that lead to the beach every so often in case you want to take a break in the sand. But this trail isn’t only enjoyable in the summertime; it’s also a great place to break out your snowshoes for some winter fun. Wellfleet is the perfect place for some post-hiking activities, as well, with the Wellfleet Drive-In and the Wellfleet Harbor Actors Theater in town.

Monument Mountain grants hikers some of the best views in the Berkshires. From the top, you’re able to see Mount Greylock near the Vermont border and the Catskills in New York. Making your way up the mountain will require some extra gear, such as sturdy hiking shoes, water and snacks. There are several looped trails no longer than a few miles each. They wind through historic lands, affording glimpses of stone walls from past sheep pastures and remnants of ancient Native American trails. The trails at Monument are unique, with the mountain being made of mostly pale quartzite. Not only is it a fun place for your family to hike, but it has also attracted many famous writers and artists over the years. The parking lot is not plowed in the wintertime, and the peaks are dangerous when icy, so consider saving this hike for warmer weather.

Located in Mount Washington State Forest near the Appalachian Trail, Bish Bash Falls State Park teeters on the border of Massachusetts and New York. The park offers a short quarter-mile hike that descends to Bish Bash Falls, the highest single drop waterfall in Massachusetts, which tops off at 60 feet high. Bish Bash is a hidden gem in the area and is sometimes overlooked amid miles of trails in Mount Washington State Forest, Taconic State Park and Mount Everett State Forest. The trails leading to the waterfall can get slippery and muddy, making the trails a little more difficult for younger children.

Madeline Bilis is an intern with Boston Parents Paper.

Before you head out on a hike, make sure the location is accessible and open 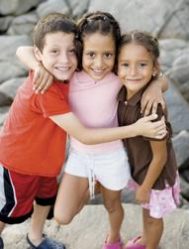 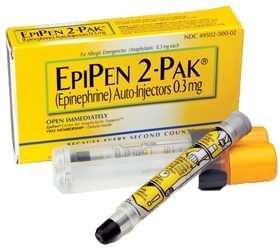 What We All Need to Know about EpiPens 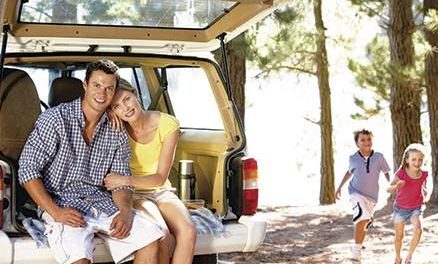