The Best of the Holidays!

The holidays, that magical season that begins around Thanksgiving and winds down after New Years, is often referred to as the most wonderful time of year. While the season certainly holds deep religious significance for many, no matter what you choose to believe or not believe in, how you were raised or where you were born, the season looms large on the American cultural landscape and is there to be enjoyed by all. It’s a period where kids and sometimes parents have a little extra time off from school or work, there’s lots of activities and entertainment to choose from and we put an increased emphasis on getting together with friends and family. Sounds like a recipe for success, right? So why does the approach of the holidays trigger a sense of anxiety and even dread for millions of people?

Acknowledging the Many Sources of Holiday Stress

Studies by the American Psychological Association suggest more than half of us feel increased stress, fatigue and irritability during the holidays, and as many as a third experience higher levels of sadness and anger. According to Susan Gere, professor and director of the Division of Counseling and Psychology in the Graduate School of Arts and Social Sciences at Lesley University, there are myriad factors capable of putting a strain on the season.

Gere explains that for many families it’s very clear what to do at the holidays, but that’s not so for everyone. Some have very elaborate, often demanding, rituals that in and of themselves can be a source of conflict and stress. Other families may face complexities from having to recognize several different cultures or religions, or they have a hard time deciding which side of the family with which to spend the holidays. Also, parents may not have the best memories of their own experiences, which can come with a sense of pressure to create something more positive for their children. From a lack of time or a limited budget to the burden of having to choose the right gift or host a gathering, there can be many things that influence your outlook.

Psychiatrist, parenting blogger and author of Saying Thank You (Mascot Books, 2015), a nonfiction children’s book that promotes the concept of gratitude to young readers, Monisha Vasa agrees there can be a variety of circumstances involved in making the holidays stressful for families. “On a practical level it becomes a much busier time of year. Parents tend to feel pulled in different directions,” she says. “And certainly when parents are stressed, that obviously directly and indirectly impacts children.”

Vasa explains that with the holidays, many people feel like it’s a time of year where they are expected to exhibit happiness, and for a variety of reasons they don’t feel that way and there can be confusion or guilt. She says if you or a loved one is feeling overwhelmed or having trouble managing, it’s all right to seek mental health support whether from a psychiatrist, therapist or counselor. Adds Gere, “The holidays can be celebratory, but it can also bring up a lot of sad feelings for some people. It’s important not to isolate them. If they’re feeling sad, that’s OK.”

Overcoming Busy Schedules and Outside Influences

The realities of modern lifestyles can play a major role in making the holidays more difficult to navigate. No matter the season, it often can feel as though time is shorter, travel is further and dollars don’t go as far. “We’re busier year round, we’re working more, we’re taking less time off and children are often overscheduled these days,” says Vasa. We get used to a certain pace throughout the year, so the idea of slowing down around the holidays can feel that much more challenging, especially with technology that keeps us connected to work and responsibilities at times that were traditionally more sacred and protected.

To top things off, the holiday season has become an integral part of the retail economy in our nation, accounting for somewhere around 20 percent of sales totals for the entire year. Both parents and children are targeted by marketing for months on end imploring us to spend more money, plan elaborate parties, take exotic vacations and overindulge on gifts, decorations, food and drink. No matter how much you try, it can be difficult to escape the influence, much less not get caught up in the hype.

“I think in general one of the most common things I see in my practice is that we have an idealized version of what the holidays look like,” says Vasa. “We can put a lot of pressure on ourselves to make it look or feel a certain way according to a desired standard, but inadvertently that can create a lot of additional pressure and stress.” While parents are certainly vulnerable to media messaging and marketing, Vasa stresses kids can be more easily influenced in terms of the expectations of the type of holidays they want to experience and the kinds of gifts they wish to receive.

“It’s easy in our consumer culture to get lured into thinking it’s about things, and the quantity of the things,” says Gere. “It’s the relationships that matter and the quality of time that matters. So making a holiday recipe together is pure gold in terms of satisfaction for all family members. Whereas hosting a huge party might be just a stress.”

Relaxing and Nourishing the Spirit

Laying the foundation for a holiday season that’s more enjoyable and less exhausting can start with turning away from someone else’s picture of the “perfect” holiday, and realizing what it should look like for your unique family. Vasa recommends focusing on bigger-picture priorities and values rather than the small details. “Sometimes we get so caught up in trying to make the holidays look a specific way in terms of the food or the decorations, we forget the bigger point of spending time together, having fun and just generally experiencing the holidays as a time for family and togetherness.”

As is the case with virtually any stressful situation, it can really help to have a realistic, well thought-out plan going in. But rather than leaving the details to one or two designated people, make an effort to include the entire family. “Total involvement, that’s part of the fun,” says Gere. Bringing everyone together to make the plan not only lightens the workload that too often falls on the same person every year, but gives everyone a part in planning the season’s events.

“The more we can have a conversation around the experiences we want to have together, the feelings we want to share together, rather than a focus on the material aspects of the holidays, we gradually shift the attention away from things like gifts and objects and more toward the actual purpose of the holidays,” adds Vasa. “I also think if there’s an opportunity for families to be involved with some sort of service activity around the holidays that can really help bring our attention back to what’s most important.”

Gere agrees the holidays are a great time of year to show appreciation. “Some kind of acknowledgment and activity around sharing what we have with others, that’s pretty central to all spiritual traditions. It’s the renewal of the spirit that’s at the heart of the holidays,” says Gere. She recommends making an effort to have warmer, closer relationships with family and friends, doing things for others or taking part in the arts which are so prevalent this time of year as ways to relieve stress and nourish the spirit. “The other thing I would say is get some sleep and go outside in the sunshine. Those are biggies.”

Giving Kids What They Really Want

In many ways our society is far more child-centered than it was perhaps 20 or 30 years ago. There seem to be many more toys and video games, entertainment options and activities for kids today – it can be easy for them to get a little wrapped up in all the gifts. But ask adults what they remember about their childhood holidays, and it’s rarely ever the presents, but rather the experiences they shared with the ones they loved that stand out the most.

While every child is different, for the most part Vasa believes what kids want is the time and attention of their parents. “When we see the holidays as a time to slow down, work a little bit less and focus on that time together, I think we’ll see it’s not so much about the shopping or exchanging gifts.”

Gere says hands-on, creative and artistic activities are always big winners. “Making a gingerbread house, making a menorah, sewing something special together, building a birdhouse as a gift. Any family holiday activities that can reflect and bring people into a creative process will certainly make children happy.”

Adds Vasa, “What’s memorable could be having a snowball fight with their parents in the backyard or baking cookies or going for a walk. Things that don’t necessarily take a lot of money or a lot of time but they’re meaningful experiences that can be shared together.” And often it’s not the big elaborate plans you have, but the seemingly small choices you make in between to take a drive to look at the holiday lights, build a snowman or volunteer a few hours at the food bank that leave a lasting impression.

“I have four children and their partners and I have five grandchildren and many nieces and nephews, and my sample tells me what everybody wants (around the holidays) is unstructured time in their pajamas with a good book and a good meal,” says Gere. “Each family has its own very specific things, but as a general rule what kids really want is cozy time with their family, with people not fighting, people having a nice time together and a few simple activities. Go to the local ice skating rink, go for a walk in the woods, go see the ice sculptures, watch a crazy holiday movie together. Those are the things kids love and desperately need.”

The stress people feel around the holidays is real, and it can come from many different sources and external factors. However, when we take ourselves off the hook for trying to reproduce someone else’s version of the holidays, we gain the opportunity to create memorable experiences, carry on traditions and start a few new ones of our own that impart meaningful messages of love, forgiveness, generosity, gratitude, friendship, family and, of course, fun. 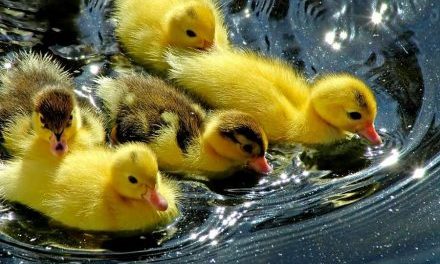 All Ears – Listening to Your Kids 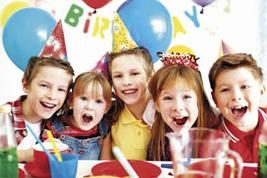 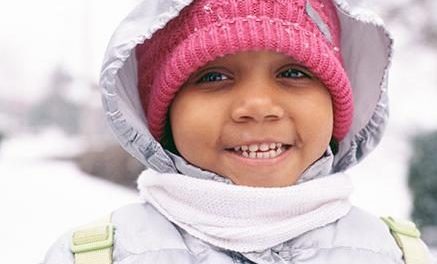 Family Events in Massachusetts in February 2016