I was a late convert to avocados. I don’t know if my initial hang-up had to do with the texture, lack of sweetness or flat-out ignorance that fats weren’t always the work of the devil, but it wasn’t until my 30s that I succumbed. I’m not sure how my resistance tanked; as with most great things in life, it probably involved a burrito.

I’m just thankful that I was a believer long before Milo came along, because avocados apparently are a super food for babies and toddlers – nutrient-dense and essential for brain development. I’m unabashedly pro-brain development when it comes to my child, and with that in mind, my wife, Jenny, and I recently expanded the menu for Milo.

Unfortunately, he hasn’t shared our zeal. Milo has his likes and dislikes, both of which he feels free to change hourly. With avocados, however, he has not shifted from the nay camp.

Here’s the roadblock: Avocados are slippery. With no natural handle, the pieces remain on his tray, pressed, bruised and, in the end, uneaten. The same goes for bananas, but I don’t care about them. They’re perfectly adequate and a staple for a quality smoothie, but they are not a super food. Avocados are. I know this because books, doctors and a recurring email from BabyCenter tells me so. I’d be a fool not to listen.

Milo has no problem snatching up pasta, waffles and sweet potatoes. Granted, most of it ends up on the floor. But again, I don’t worry about those items, because they are not and will never be super foods. And yes, we how to use a blender and he’s fine with a spoon, so he gets a daily intake of avocados. But it’s adulterated, pureed and mitigated by blueberries and a touch of syrup. He takes it in freely, and yes, this should be good enough.

But the fact is, I’m giving him bastardized avocados and I have to believe that the process degrades the superness. This will not do. My boy needs to eat straight-up magic, and he needs to work his fine-motor skills while doing it, because Milo is not going to just be super, he’s going to be extra super. I’m losing time trying to get him down the right path.

There’s little guidance available on this problem. There are mountains of pages on colic, diapers and feeding, but hardly a sentence on grabbing slippery foods. Parenting is an ongoing challenge of figuring out what works for your kid. I’m up for it, but I don’t feel the need to rediscover America on every issue. My boy needs avocados. Time is precious, and I’m not too proud to say that I’m open to suggestions.

Steve Calechman is a writer in Salem. Email him at scalechman@gmail.com.

Bed-wetting and Other Toileting Concerns 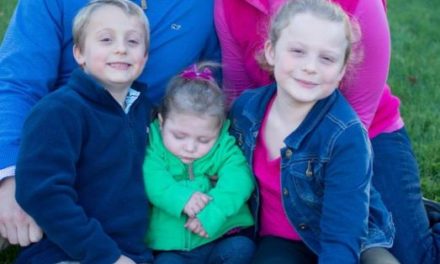