Pure Guesswork: In Need of a Vertical Couch

I feel a little like a fraud writing a parenting column, because eight months in, I’m not doing a ton of parenting. There are certainly regular duties: changing, reading, and most recently solid food, some of which actually goes into my son’s mouth. But in truth, I feel more like a gardener. I keep Milo watered, away from heat, and ultimately alive until the next season.

One subject has tested me, though – the elusive, heard-about-but-never-seen Shangri-La destination of sleep. Or, as is the case in our home, not sleep. Milo is a great kid with NBA-worthy hops and ready smiles when called by his given name of Peanut Butter Jones. But shut-eye has been enough of a challenge that Jenny and I celebrate over two uninterrupted hours.

I’m far from an expert on the subject, but I know a few things that I try to remind myself of when I’m feeling particularly clueless. One, there’s no one surefire method for getting a baby to sleep. If there was, a whole section would be cleared out at the bookstore. Two, other parents lie about it, so they won’t appear clueless. Three, a baby’s temperament plays a bigger role than those other parents’ professed techniques. And four, being a baby-sleep expert is a genius profession – there’s no way to be wrong when your study subject can’t refute you.

The fact that Milo wakes up in the middle of the night isn’t my preference but it’s also not his fault. He doesn’t intrinsically know how to wind down. I need to teach him, and I think about it often when I’m lying in bed for 30 minutes, trying to do the same. The real challenge is that, aside from a variety of rocking methods and the knowledge that I can still operate a car, I have few options at 3 a.m. I can’t watch television because of the over-stimulation/anti-development factor. I can’t talk because of the no-engagement rule.

Milo tends to be frustratingly adorable at 3 a.m. He doesn’t fuss. He doesn’t cry. He just is. My best calming moves earn no yawns, no eye rubs. He’ll merely scratch behind his ear, lean back his head, and throw in a quick smile. The sweetest job disapproval ever. It would be easier to take if I could just sit down every 20 minutes, but the second I think about hitting the chair, he decides that what the situation needs is more whining and back-arching.

All I can do is stand and think, and mostly it’s about what could make this process a little better for both of us, because ultimately, the household needs some sleep. To that end, I ask the business world for three inventions: One is a vertical couch. Yes, walls already exist, but I’m imagining something with pillows, a slight angle and underarm support hooks.

No. 2 is a crib that mimics the back seat of the car. I know about vibration attachments, but those are feeble approximations. What’s needed is something that looks, feels, sounds and vibrates like a RAV4. If the motor and fumes are prohibitive, at least have a crib that slowly pivots from vertical to horizontal. Again, have some hooks to hang a baby from – easy people, they’d be padded – and there’d be no more awkward leaning over and tangled arms, all in the futile effort to gently lay down what is no longer a sleeping baby.

Oh, and a car seat on wheels would be fantastic. I love my kid, but if my shoulders have to survive the walk along our building hall and up and down two flights of stairs much longer, I’m installing a pulley system out the window.

Steve Calechman is a freelance writer, stand-up comedian and new dad in Salem. Email him at scalechman@gmail.com. 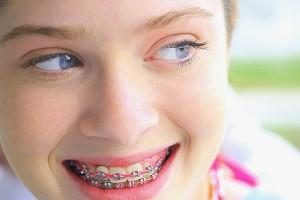 10 Creative Ways to Get Baby to Sleep