Deciding whether to give your child a pacifier doesn’t seem nearly as difficult as knowing when to start and when to stop. Dr. Cynthia Howard, a pediatrician at the University of Rochester School of Medicine, found that early pacifier use might adversely affect breastfeeding. It’s not nipple confusion. It has to do with Mom’s interpretation of her infant’s need to feed versus a need to be soothed. Breastfeeding must be frequent (eight to 12 times per day) to bring in the milk supply. If a pacifier is given instead of feedings, the supply may be insufficient.

Howard suggests you delay four to six weeks or until breastfeeding is well established and the baby is gaining weight. She warns parents not to substitute a pacifier for a feeding.

Dr. Jack Benjamin, a professor of pediatrics at the Medical College of Georgia, recommends pacifier use after six months only to help an infant fall asleep.

“At 6 months,” he says, “the need to suck is gone and then the pacifier becomes a habit. After 10 months it should be discontinued.”

Benjamin has found, however, that only 20 percent of children who use a pacifier will stop on their own at 10 months. Although many infants show some disinterest around 9 months of age, this period of time can be very brief. If you don’t notice it, you may miss the opportunity to stop it.

Should you panic if your child is approaching 2 and still using a pacifier?

Later on that can change as social pressures become more of an issue. By age 3 or 4, playmates are likely to taunt a child who is still using a pacifier. And some preschools won’t allow pacifiers.

Learn more about the dental issues associated with long-term pacifier use.

Is stopping pacifier use cold turkey right for you and your child? Find out!

Joan Sosin is a freelance writer who specializes in health and legal issues.

Pure Guesswork: No Time to Sleep

Pure Guesswork: Not Picking Up on the Signs

A Kindergartener’s Rules for Life 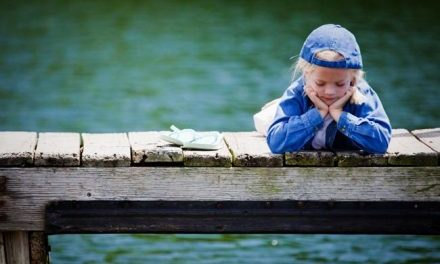