Every year, 1 million U.S. kids become children of divorce. In settling custody issues, their parents are likely to create co-parenting agreements – committing to working together to raise their kids. But co-parenting has its challenges. In this fourth and final part of our series on co-parenting, we look at some common obstacles and how to overcome them.

Divorced or separated parents aren’t the only ones who need to work together in a co-parenting relationship; they need their children’s cooperation as well. And that’s not always easy to achieve. Helping your child adjust takes time and patience.

Parents need to convey from the outset that their children will not get to control the co-parenting arrangement. Asking your kids, “Where do you want to live?” or “What days of the week would you like to see Daddy?” suggests that they’re in control. And that’s simply too much responsibility for a child. The child may also end up feeling that you’re seeking his input because he’s ultimately to blame for the divorce.

So when you’re talking about this new arrangement, tell the child that:

• You all care very much what he thinks, but the adults in the situation (parents, lawyers, the judge, mediator, etc.) are going to make a decision based on what is best for the family.

• Your hope is that you can all work together to make the new schedule comfortable. Your child’s input is essential, and if something isn’t working or feels uncomfortable, you want him to speak up.

• Your goal is to support each other and find a way to divide co-parenting time that helps everyone in the family feel included. Your child doesn’t get to make the schedule, but she does have input on it. She doesn’t get to choose where she lives, but her opinion is important.

• Living with a co-parenting schedule isn’t always easy. There will be times when each of you will feel frustrated or upset, but that doesn’t mean the whole plan should be discarded. It means that you all need to be patient with each other.

How children react and adjust to co-parenting plans varies with their ages.

• Babies generally do quite well, as long as their personal schedule is closely followed in both houses.

• Toddlers are also routine-oriented, and a solid schedule will help them adjust. Toddlers are emotional creatures, and behavior that you might see as out of left field is often a normal condition of the age – not a reaction to the parenting situation. Toddlers are learning to play off their parents’ emotions, however, and can pick up on how you feel about a situation. If you approach your co-parenting situation in a calm, pleasant way, it will help your toddler accept it.

• Preschoolers are verbal and anxious to tell you exactly what they want. It’s very important not to give in to a preschooler’s demands regarding a co-parenting schedule. The schedule must be followed – period. If you start making changes based on what a 4-year-old says, you will find your schedule in ruins.

• School-age children are growing and discovering new interests. You may find that you need to make changes to your co-parenting schedule based on activities, playdates and school events. School-age kids are also likely to ask questions about why the divorce happened, and to scheme about ways to reunite their parents. They’re likely to worry about the parent they are not living with – thinking that he or she is lonely or sad. Some of this is projection, but some is true empathy. If you’re not the primary custodial parent, help your child understand that you always think about her and miss her, but that you’re happy with the schedule.

• Pre-teens may be entering an age of rebellion. In fact, many parents find today’s pre-teens to be as difficult as teenagers were perceived to be in earlier generations. If they don’t like the schedule, they’re going to tell you and they may act out if they don’t get their way.

• Teens are likely to feel constrained by a visitation schedule. They have their own lives – friends, activities, sports, studying, jobs, etc. – and are likely ready to begin having some say over where they are and when. The goal is to make it clear that having a relationship with both parents is required, and that your teen doesn’t get to shun one parent because she’s mad at him or her.

Throughout your child’s life, there will be times when he doesn’t want to go on visitation. For many kids, this takes the form of whining and difficult behavior. This is a normal part of the adjustment process. Some kids become radically opposed to visitation, going as far as to hide under their beds or lock themselves in the bathroom.

Regardless, visitation is not optional. If your child cried about going to school, would you just give in and say, “Oh OK, you can stay home”? Definitely not. Visitation is just as important as school (more so, actually).

If your child becomes upset about visitation, try to find out what the problem is. Often, there’s a specific issue at the root of it – “Dad won’t let me play video games” or “I’m going to miss Amanda’s party.”

Find out what is prompting the child’s opposition and deal with the problem, not the issue of visitation. As far as you’re concerned, there cannot be an issue with visitation; it has to happen.

Wanting a Change in Custody

Some children will declare that they want to live with their other parent. And plenty of parents are thrown by this statement, when, in fact, it’s a fairly normal reaction to divorce or separation.
Kids often don’t know what they really want. Your child may be perfectly content living with you, or she may suddenly declare that she hates you and wants to live with the other parent. Understand that kids are going to be confused by all of this. It’s hard to have two parents in two places and to want to be with both of them.Some children do feel very strongly that they want a change in custody. (It’s common for teens to identify with and want to live with the parent of the same gender, for example.) The courts are always interested in children’s opinions in custody matters, but those opinions are given more weight the older the child gets. And this is a rule of thumb that parents can use as well: A 6-year-old telling you that she wants to live with mommy is much different from a 16-year-old who says the same thing.Ideally, if a change in residential custody is ever going to happen, it should happen by agreement. But this is almost never the case – no parent wants to voluntarily agree to let his or her child move out and live with the other parent. In most cases, the court will have to decide on a change of custody. If your teen is certain about what he wants, it’s a good idea to listen and to try to avoid going to court. If you protest a change in custody, your teen may feel that you’re fighting against him personally.

Overwhelmed by the Schedule

No matter what your schedule is or how perfect it may seem to you, observe your child to see how she’s handling it. A schedule that seems balanced to parents can be overwhelming to a child. Some kids simply can’t handle going back and forth between houses frequently. Kids who need more stability may need to spend longer stretches at each house.

There are also kids who have a hard time with a schedule that limits time with the nonresidential parent. Waiting two weeks to see that parent can be really hard for a child who needs constant contact. If your child seems to be struggling with the schedule, it makes sense to consider changing it if you’ve given it a good try and your child is not adjusting as well as you hoped.

Another common problem in a co-parenting relationship involves children who take sides. Often, it may seem as if your child is taking your side, when actually he’s going to the other parent’s house and taking that parent’s side as well. Kids want to please the parent they’re with, so it’s important not to read too much into things your child says to you.

Some children end up firmly planted on one side of the family battle lines. Boys may resent their fathers for leaving and feel a need to protect their mothers, while girls may direct their anger at their mothers. While there are some gender links to this, any child can end up angry with either parent. You and your ex have to make it clear that the schedule will continue. You must absolutely support each other and tell your child that time with that parent is essential and not negotiable. If you don’t play into the game, the issue may go away.

Some kids maintain festering resentment against a parent no matter what. These are situations when a good family therapist can help a lot. Don’t assume that you should just give up – therapy can be very helpful for everyone.

All kids are masters of manipulation, but children of divorce may have the opportunity to perfect this behavior. Your child may have his own agenda – reuniting the parents, getting one parent in trouble with the other, changing the schedule to be with the parent who is more lax on discipline, and so on.

To avoid this kind of manipulation, maintain open communication with the other parent. Lots of families get into trouble when the parents rely on what the child says instead of what the other parent says. You and your ex have to develop a level of trust that allows you to talk to each other and believe each
other when it comes to parenting.

Ultimately, successful co-parenting is a team effort. The parents must be the team leaders who work together to keep the children on board with the process. 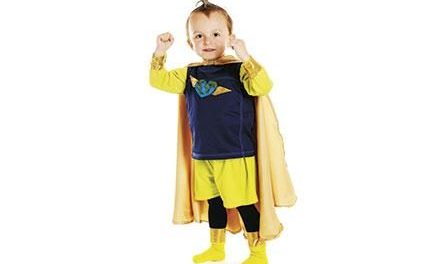 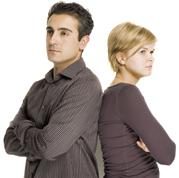 Fighting Fair: How to Handle Arguments 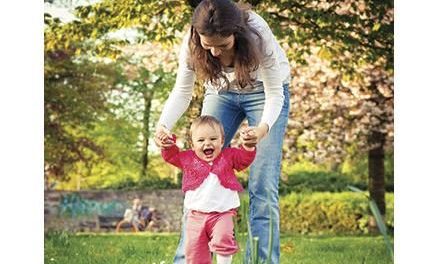