Inside Out: Checking In on Your Child’s Emotional Wellness During the Holidays 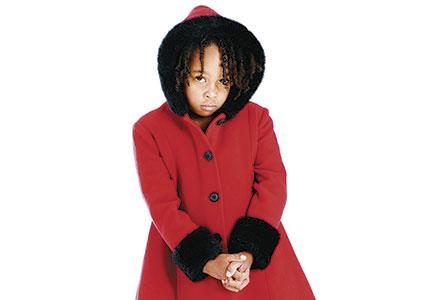 This may be celebrated as the most wonderful time of the year, and it can be, but, plainly put, it’s also the most stressful. When you factor together the busy nature of the season with the shorter, colder days that can contribute to seasonal affective disorder (SAD), it’s easy to overlook changes in your child’s behavior or simply chalk up their moodiness to a winter funk.

During this time of year, perhaps more than any other, it’s important to take a moment to step back and take inventory of the emotions running rampant in your household.

To get a baseline of emotional wellness in children, Donna San Antonio, associate professor of counseling and psychology at Lesley University, suggests looking at it as a cluster of qualities that includes the physical, social, emotional and mindful.

Well-being is connected to children’s abilities “to know they can control their environment in some way, even if they can’t speak as infants,” she explains. “As they get older, it’s being able to go to the bathroom by themselves, being able to make friends, being able to overcome tensions in friendships, being able to deal with experiences in interpersonal aggression on their own as early adolescents. That’s what well-being looks like.”

Signs that everything is on track include having positive relationships with family members and a peer group, not engaging in risky behavior that could be harmful, but at the same time not being afraid of risks. A positive sense of self is important, as well as feeling of  “I can do it.”

As we get close to the middle of the school year, perhaps kids are feeling overwhelmed with their workload, have fallen out with a group of friends or have developed SAD, which can affect children the same as adults. But if your kids aren’t talking, how can you tell if there’s something going on inside of their heads?

“Children and even teenagers act out what they can’t say or they won’t say,” says San Antonio. “We can look for changes in the way the child is thinking, feeling and acting as the kinds of things parents can pick up on. If a usually calm and content child or teenager begins to be more anxious, sad or moody, if they are children who have been compassionate and sensitive and they begin to feel irritated and angry with other people – those are warning signs.”

It’s also important to note that these red flags can manifest in the form of physical ailments. If you notice your kids are complaining of a lot of stomach aches, headaches or other conditions that aren’t very specific but prevent them from enjoying their day, these are also signs that something is off.

“If a child is beginning to have fights with friends, missing school for any reason, slipping grades in school – these are the kinds of acting out that begin to be concerning if they persist,” says San Antonio. “If any of these qualities exist over more than a few days, it’s something to pick up on.”

Once you’ve determined you believe there’s an emotional shift in your kids, how on earth do you get them to talk? Let’s face facts, it’s often hard enough to get your kids to tell you about their day at school. Talking about feelings may seem nearly impossible.

“Most children will talk if they feel their parents will receive what they have to say and if their parent isn’t going to overreact,” says San Antonio. “Convey, ‘I want to hear all that you have to say.’ And also, ‘Let’s figure this out together.’ We can partner with the child to figure it out so they develop that sense of  ‘I can do this.’”

On the other side of the spectrum, she explains that kids will not speak openly to their parents if they feel the adult is too busy, worried, tired or reactive, which we often are during the holiday season. Don’t make the talk an interrogation, but keep your ears wide open. It’s also imperative not to dismiss their worries. A teenager who has just experienced a breakup doesn’t want to hear that he or she will forget about the heartbreak.

What Can We Do?

Particularly during the holidays when we’re so overloaded with consumerism, festive foods that probably aren’t the healthiest and a social schedule that may cut into a good night’s sleep, it’s helpful to get back to the basics. Dial back that calendar if it means you and your children get the rest you need to maintain a happy, healthy schedule. Make sure everyone is getting nutritious meals to combat the holiday sugar high. Families should also try to get outside as much as possible, which admittedly can be difficult during the colder months, but is important for overall well-being.

If it feels like your child is in need of professional care, San Antonio urges parents to normalize the act of getting help.

“If there’s a change in thinking, acting and/or feeling and if this persists for a period of time, more than a few days or a few weeks, and when the child or teenager isn’t able to bring words to what they’re experiencing, normalize that we all need help at some time,” she says. “There’s still so much stigma around counseling.”

San Antonio recommends getting really good referrals when looking for a professional.

“Specifically look for someone who knows their way around child and adolescent development and what’s normative and what’s not,” she says.

To get the entire family in a better place emotionally and mentally, consider volunteering for those in need (visit BostonParentsPaper.com/holidayvolunteering). “Do a series of whole family service projects,” she suggests. “That helps to model non-consumer-oriented values for the child.”

So get out there, get moving, pay attention and, most importantly, talk. These may not be the easiest conversations, but your child’s well-being is always worth it. 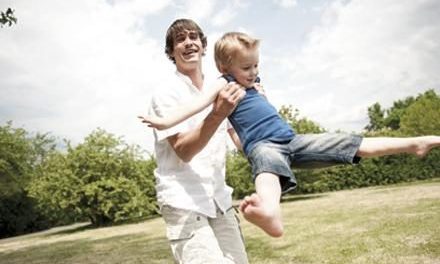 Hire a “Manny” to Watch Your Kids 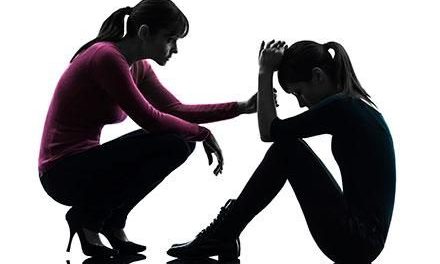 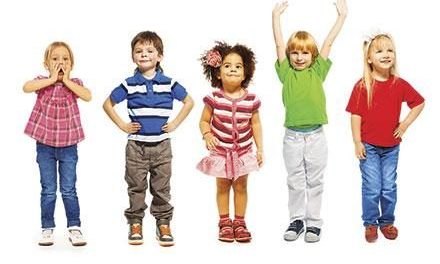 Help Your Child Make the Most of Daycare and Preschool