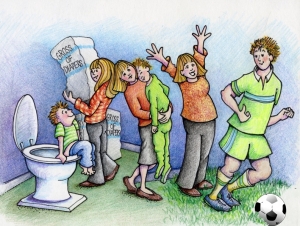 Several years ago, my youngest son, Lewis, fell asleep on the couch. When I went to carry him to his room, I couldn’t lift him. He was too big, too old to be carried by his mom. Gently, I shook him awake, helped him to his feet and guided him to his bedroom. Then it hit me. The last time that I had carried him had come and gone. No fanfare, no photos. But I knew I’d never again scoop up my sleeping child or feel his silky head heavy on my shoulder. That was done.

Parents are obsessed with firsts – the first smile, tooth or step. We anticipate, encourage and videotape. We fill baby books and photo albums to document the first day of school, first words, first haircut. The lasts, however, are sneakier. The last time you read a bedtime story or French braid your daughter’s hair are not celebrated or mourned – because even while they’re happening, you don’t know that you’ll never do it again.

One day you realize you’ll have to donate the kilo of disposable diapers you bought at Costco to the preschool because your youngest is finally toilet trained. Or you hear the shower running three times a day and understand that tub toys are now just taking up room in the bathroom. Kids grow up.

Lewis heads to college in the fall. No wonder I’m obsessed with lasts. “It’s the last time we’ll go to the movies as a family,” I say, hoping he’ll risk his reputation to spend a precious Friday night with his parents. It’s the last report card, the last time I’ll cheer on the sidelines of a soccer game and the last time I’ll yell at him to get up for school (some lasts are good).

Lewis, however, is about to launch on a lifetime of firsts. He’s looking forward to his first day at college, his first roommate, his first all-nighter and maybe soon, his first love. I look at pictures from his first day in kindergarten and hardly recognize that tiny blond kid – or his thin, young mom. Sigh.

I started writing this column when Lewis was 2. My son Nathan was 9 and my daughter Perry was 6. Life was chaotic. I needed a job with flexibility. So, when Boston Parents Paper founder Betsy Weaver asked if I would write a humor column, I said I’d try. The first one was called “Dusting My Dream House.” I had no idea that, 16 years later, I would still be battling dust bunnies and publicly chronicling the lives of my husband and kids. That was my first column. This is my last.

Unlike the last time I sewed on a scout badge or officiated at a goldfish funeral, this last column is something that I’ve planned and that I think is probably overdue. Thank you for taking the time to read what I wrote. With each column, I never knew what would resonate with you. I banned video games in my house and received more mail from men after that column than from all my other columns combined. I wrote about accidentally killing a gerbil and was almost run out of town by PETA. I’ve gotten hate mail and fan mail. I’ve even been asked for advice. But more often, readers have given advice to me.

“Don’t cook special meals for your kids, you’ll always have picky eaters,” several noted after reading “Hide and Sneak” (October 2006). “Kids have too many activities today,” an 85-year-old wrote after reading “Mom Shoots and Misses” (December 2006). “I don’t know how parents keep up.” Me, neither. I look back on those days with three young kids and wonder how I did it without tranquilizers or hired help. Somehow, I got through and you will, too, although parenting is a job that never ends.

As Lewis graduates from high school and heads to college, my daughter Perry will graduate from college and move back home (for a little while, anyhow) and we’ll begin to redefine our relationship not as mother and child, but as mother and adult child, adult to adult, friend to friend.

I want to thank former Editor in Chief Bill Lindsay and Senior Editor Deirdre Wilson, illustrator Glynn Brannan, and any editorial staff who, over the years, have cleaned up my grammar, reminded me of deadlines and provided support. Most of all, I thank you for sharing your stories and for letting me share mine.

Carol Band is an award-winning columnist and author of the book A Household Word. Email her at carol@carolband.com and continue to read her blog at www.parenthood.com/carolband_blog.php. 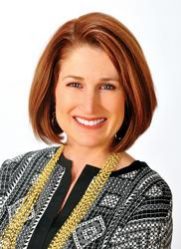 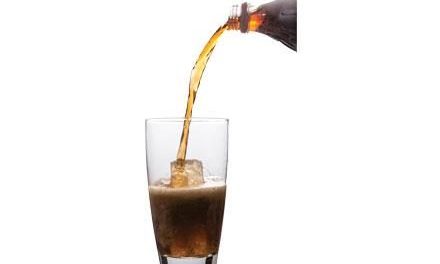 Soda Linked to Aggression in 5-Year-Olds 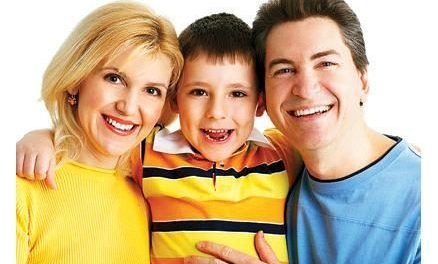