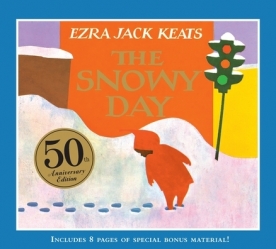 For 50 years, a picture book featuring a young African-American boy dressed in a red hooded snowsuit has charmed children the world over. The Snowy Day, by Ezra Jack Keats, tells the tender story of Peter as he experiences the wonder of freshly fallen snow in the streets of his city neighborhood.

It may be hard to imagine, but when The Snowy Day was first published in 1962, during the height of America’s modern civil rights movement, the innocent tale changed the landscape of American children’s literature.

The book marked the first time an African-American child was featured as the main character in a full-color illustrated children’s book published by a mainstream publishing house (Viking Press). The first book both written and illustrated by Keats was also noteworthy for its urban setting, bold blocks of color and imaginative use of collage.

The book was an immediate success, with letters pouring in from around the country expressing heartfelt appreciation that African-American children were at last able to see themselves in a picture book.

A year later, The Snowy Day was awarded the prestigious Randolph Caldecott Medal. Keats went on to write and illustrate six other books featuring Peter as he grew up – titles including Whistle for Willie, Peter’s Chair, Goggles!, and Hi Cat, which won the 1970 Boston Globe-Horn book award. By the time of his death in 1983, Keats had illustrated more than 80 books, 22 of which he had written.

Today, more than two million copies of The Snowy Day have been sold and the book has been translated into at least 10 languages. Viking has published a 50th anniversary edition, which includes background information about the author and book.

The first U.S. solo exhibit of the art of Ezra Jack Keats, mounted last fall at the Jewish Museum in New York, will open in June at the Eric Carle Museum in Amherst, Mass., and later move on to the Contemporary Jewish Museum in San Francisco; and the Akron Art Museum in Ohio.

A Matter of Inclusion

During the many years Keats spent illustrating the books of other writers, he was struck by the absence of African-American children, according to Claudia Nahson, curator of New York’s Jewish Museum and author of The Snowy Day and the Art of Ezra Jack Keats (Yale University Press, 2011), published in conjunction with the exhibit.

Keats’ motivation was clear. “My book would have him there simply because he should have been there all along,” he wrote at the time.

“Keats’ great contribution was truly that he opens up picture books for all our children,” says Anita Silvey, author of 100 Best Books for Children (Houghton Mifflin Harcourt, 2005), which includes The Snowy Day among them. Silvey, a children’s literature expert and educator who lives in a suburb west of Boston, says it’s a testament to Keats that the book featured an African-American child as an ordinary child who appealed to children of all races and backgrounds.

There were a few critics at the time who asserted that except for the color of Peter’s skin, the issue of race was absent from The Snowy Day. That perspective is in the past, with Keats now universally applauded for the humanity expressed in his books, according to Silvey and noted African-American artist and children’s illustrator Jerry Pinkney, himself a 2010 Caldecott winner. Pinkney was also the first recipient, in 1986, of the Ezra Jack Keats Foundation book award.

During the 1960s, Pinkney recalled that he and his wife read The Snowy Day to their four children at a time when there were few books with children of color. Above all, Pinkney was inspired by the quality of Keats’ artistry. His pages were filled with exquisite design and dazzling colors, he wrote in Keats’ Neighborhood (Penguin Group, 2002), a compilation of 10 of Keats’ stories.

Keats’ empathy for city children from different races and backgrounds grew from his own experiences. But many people are surprised to learn that Keats was not African American. He was born in 1916, Jacob Ezra Katz, the son of poor immigrant Eastern European Jews. Keats grew up in Brooklyn, one of New York City’s most deprived neighborhoods. The poverty of his childhood and experiences with anti-Semitism are widely acknowledged as significant influences on his world outlook and the subjects of his books.

In addition to Pinkney, there is a long list of highly acclaimed contemporary writers and artists who cite Keats as an important influence on their work. Noted American Indian writer Sherman Alexie vividly recalls discovering The Snowy Day.

“It was the first time I looked at a book and saw a brown, black, beige character – a character who resembled me …,” he wrote in an essay included in Silvey’s most recent book, Everything I Need to Know I Learned from a Children’s Book (Running Brook Press, 2009).

Cambridge Public Library Children’s Librarian Julie Roach has fond memories of reading The Snowy Day growing up. She now uses the book regularly in programs and story times for the library. It’s hard for her to keep even 10 copies of The Snowy Day on the shelf. “They’re all out, all the time,” she says with a laugh.

Penny Schwartz is a freelance writer in Medford.

An exhibit featuring the works of The Snowy Day author and illustrator Ezra Jack Keats will come to the Eric Carle Museum in Amherst this June. The Snowy Day that Changed America: The Art of Ezra Jack Keats includes more than 80 paintings and other original material from all of Keats’ books, including The Snowy Day, Whistle for Willie, and dozens more.

From urban scenes in Goggles!, to delicately intricate cutouts in Jennie’s Hat, viewers can fully appreciate Keats’ inventive use of color and the brilliant collages he created from marbled papers.  Viewers will also get a peek behind the books, at Keats’ sketchbooks, notes, paint pallets and even letters written to him.

The exhibit will also appeal to older kids, tweens and young adults, who will take away an understanding of Keats’ early life and how the deprivation and bigotry around him influenced his creative life’s work. 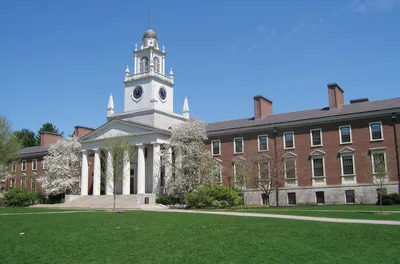 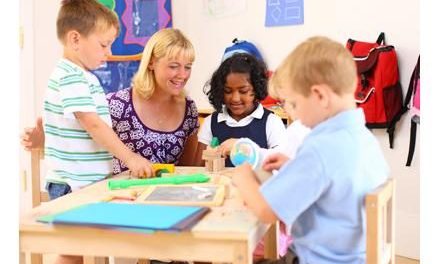 Choosing the Right Preschool for Your Child 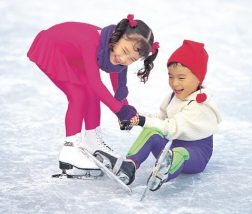 Let Ice Skating Take You for a Glide! 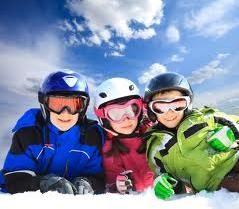