The trip to Block Island started out a little rough. And, by rough, we’re talking about the 55-minute ferry ride, and the fact that three out of four in our family felt seasick from the rocking rhythm of the waves. Plus, some of our fellow passengers were more than just feeling seasick.

Despite all the planning that goes into family vacations, the weather follows its own itinerary, and this June weekend happened to be wet and windy from the get-go. Yet, the breathtaking beauty of Block Island still shone through despite the lack of sunshine.

The island is reachable by plane or a ferry, which disembarks year-round from Point Judith, R.I., and in the summer months from Newport, R.I., New London, Conn., and Montauk, N.Y. We took the traditional ferry (there’s also a high-speed option) from Point Judith – about a two-hour drive from Boston – and found plenty of places to park for a reasonable fee. The ferry is equipped with a snack bar (alcoholic drinks are served) and plenty of seats outdoors should the weather cooperate. Truly, the ferry is part of the appeal of visiting this place; you feel like you’re leaving your worries behind as the island comes closer into view.

Block Island is small – seven miles long and three miles across at its widest point – with nearly half of the island protected by conservancy restrictions. The Nature Conservancy recently called it one of the last 12 great places in the Western Hemisphere. It’s a distinction that islanders will proudly and quickly point out, along with the low crime rate and the fact there isn’t a single traffic light to be found. There are about 980 year-round residents here, a number that swells between 10,000 and 15,000 in the summer months.

With advanced reservations, it’s possible to bring your car to the island by ferry, but it’s not cheap (about $100 roundtrip). Most of the shops, restaurants, art galleries and many of the beaches are an easy walking distance from where the ferry docks at Old Harbor. You can also rent bikes or mopeds at several locations in the quaint downtown area. And there are also plenty of taxis to hail.

Unlike Martha’s Vineyard, there are no established off-road bike trails, so navigating the streets on two wheels can be more of a challenge for the younger kids.

Pick up maps and get your preliminary questions answered at the helpful tourism office right at Old Harbor. Because of the wet weather, we opted to rent a Jeep at Block Island Bike & Car Rental so that we could see the whole island and stay dry while doing it.

Our first stop was Mohegan Bluffs, 250-foot-high clay cliffs on the southern side of the island. Visitors can stand at the top of the bluffs and marvel at the breathtaking views, but the best part is walking down the 147 wooden steps (our kids counted) to the beach below. It’s steep, but do-able for kids, as there are landings to rest along the way. This was probably our favorite spot on the whole island.

Another popular destination is the Southeast Lighthouse, which was safely moved in 1993 after erosion put it dangerously close to slipping off the bluffs. The lighthouse is open for tours during the summer months.

Some of the island’s best views are along Clay Head Hill Preserve, reached from a marked dirt road off Corn Neck Road. There are miles of trails to explore that lead to a sandy beach in one direction or along the bluffs in the other. At the top of the trail is an area known as The Maze, where kids love to wander through interconnected, unmarked pathways.

The reason most people come to Block Island is for the beaches, and they won’t be disappointed. There are 17 miles of beaches on the island, all free and open to the public. Families often flock to the Fred Benson Town Beach, also known as Crescent Beach, where beach chairs, umbrellas and boogie boards are available to rent. This pretty, sandy beach also has lifeguards, showers and a concession stand. Moms with toddlers tend to like aptly-named Baby Beach, which is a short walk from the road and where the waves are usually calm.

On non-beach days, spend some time at Abrams Animal Farm, a hobby farm next to the historic Hotel Manisses and visit the resident llamas, goats, emus, sheep and even a camel up close. There’s also the Empire Theater on Water Street, a downtown arcade, and horseback riding offered through Rustic Rides Farm.

After two rainy and windy days, we were apprehensive about the ferry ride home. We stopped off at Block Island Health & General Store on High Street and bought some ginger gum (to ward off nausea) from the friendly retired pharmacist who runs the shop with her husband.

Fortunately, the trip home aboard the ferry was much smoother. The seas were calm and so were we. Salt air and heart-stopping beauty can do that to a family.

We stayed at The Bellevue House, 356 High St., 401-466-2912; www.blockislandbedandbreakfast.com. This is a charming inn just a short walk from the ferry with a wrap-around porch, rocking chairs and complimentary breakfast.

• Abrams Animal Farm, between Spring and High streets, on the grounds of the historic Hotel Manisses, 800-466-2421. No charge to visit farm with collection of exotic and domestic animals. 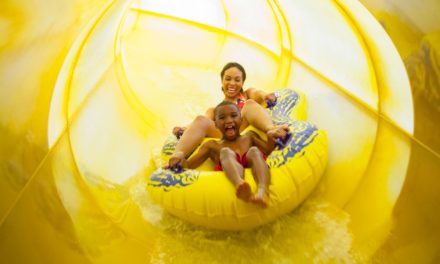 6 Best Things About Great Wolf Lodge (According to My Kids) 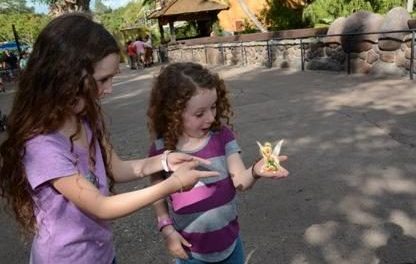 13 Things to Know When Going to Disney with Preschoolers 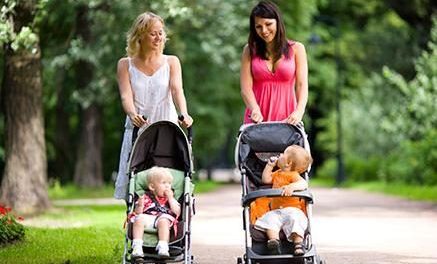 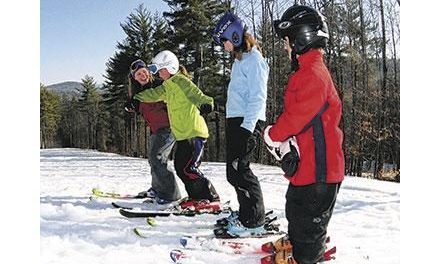 Don’t Let Winter Get You Down! 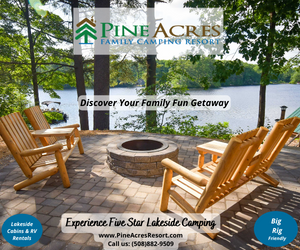 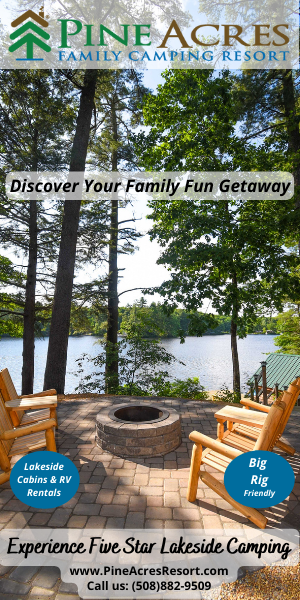