Best Advice for Dads from Dads 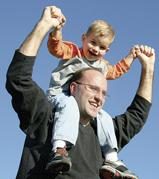 Most parents live with an unavoidable conflict: We’re the biggest experts on our own children, yet we also often feel clueless about raising them. For fathers, the situation can seem even more confusing. It helps to hear from other dads who’ve struggled with parenting issues and survived. We talked with some national experts in child development and behavior, who also just happen to be dads themselves in Massachusetts. Here, they share some of the best advice they received and the best advice they have to offer to other dads.

Thompson is the supervising psychologist for the Belmont Hill School in Belmont and a consultant to schools nationwide and abroad. He’s a frequent lecturer and a prolific author best known for his book Raising Cain: Protecting the Emotional Life of Boys (Ballantine Books, 1999). His latest book is Homesick and Happy: How Time Away from Parents Can Help a Child Grow (Ballantine, 2012). Thompson is a father of two and a grandfather.

One Buddhist friend told me, “This too shall pass.” Another recommended asking yourself, “Is that so?” The former is a good reminder when faced with any kind of struggle. The latter helps when you start seeing any issue in catastrophic ways.

Your learning curve as a parent is always behind your child’s growth. Since you’re constantly playing catch-up and seeing things that you’ve never seen before, you’re susceptible to panic.

It’s easy to think that lying from a 4-year-old is a guaranteed character trait. It’s not, and it’s good to tell yourself, “This too shall pass.” There’s plenty of development left. Have some faith in it.

It’s also easy to think that your 15-year-old doesn’t just lie, but lies all the time. When that’s in your head, ask, “Is that so?” You’ll probably realize that his behavior is no different from yours at the same age.

Use your child as a consultant about himself or herself. When you ask, “How are you doing in math?” your child hears, “You better be doing well in math.” Because the answer is obvious, there’s no reason for him or her to talk. Instead, ask, “How is Mrs. Cooper’s class? Do you like it more than Mr. Anderson’s?” There’s no way that you could have the answer. Only he or she knows, and those are the kinds of questions that children don’t mind answering.

Director of the Centers for Men and Young Men at McLean Hospital in Belmont, Pollack is a psychologist and frequent lecturer on the challenges boys face. The author of several books, he is best known for Real Boys: Rescuing Our Sons from the Myths of Boyhood (Owl Books, 1999). Pollack is the father of one child.

You may know what’s true and what you’re supposed to do, but sometimes it doesn’t fit the circumstance. You have to find your own way. You just don’t have to do it alone. Find a couple of people you trust, who have been through fathering fairly recently and can be called on when you need some guidance. I did that in advance and it took away the pressure of having to be perfect. I realized that I didn’t have to feel like I should know what to do. I don’t have to have the answer, but I can find it easily. It was both helpful as a father and as a husband. I had an outlet.

Your parents may give you advice. Listen, but don’t do anything with it immediately – write it down and put it in a drawer for two days. You might love your parents’ approach or think that they were horrible. Either way, you have to take some time and consider what’s best for your child. Their advice might not have worked for you, but they might have learned something and it might fit now.

Cohen is a psychologist specializing in child behavior and play. He is the author of Playful Parenting (Ballantine, 2002) and co-author of several books, including his most recent, with Anthony DeBenedet, M.D., The Art of Roughhousing. He is a father of two in Brookline.

You are very important. You are the parent. It’s easy to feel out of the loop during the first year with so much focus on nursing and mother-centric care, but I realized that there were things that I was good at and could provide. One moment that stayed with me was at a well-baby checkup. We were asked if our daughter’s eyesight could follow something past the midline. I was about to say “yes,” but my wife said “no,” and I stayed silent. Later I realized that I wasn’t secondary. I was observant, and I made an effort to speak up more.

I hated playing with dolls with my daughter. I’d fall asleep. What I ended up doing was to set a time limit. I figured that I could do anything for 10-15 minutes. But you also have to do it with extra enthusiasm. It will transform the experience for everyone. What also helped was that I realized I had [silently] been telling my daughter that her favorite thing was stupid and boring. I’d hate that if someone said it to me. The activity can still be boring, but I could find a way to make it fun.

Sparrow is a child psychiatrist and director of strategy, planning and program development at the Brazelton Touchpoints Center in Boston. He has co-authored eight books with noted child development expert T. Berry Brazelton, M.D., including Touchpoints: Birth to Three (Da Capo Press, 2006; second edition) and The Brazelton Way book series. Sparrow is a father of two.

A pediatrician told me, “Enjoy your baby.” It’s easy to become caught up in the chores and work, but there’s enormous pleasure in being a father and nurturing your child. When I took this attitude, it freed me up and got me to take on the role with a sense of joy. It makes everything so much easier. There are fewer struggles. Your baby feels it and will approach things with joy and pleasure.

Value the relationship with your child. He’ll test you, or you’ll think that she’s being obnoxious. You can act out of frustration or make decisions based on what’s easiest for you in the moment. But the situation is not just about you or your need to be in control. It’s about you and your child, and it requires doing something that makes the relationship better. Taking that approach simplifies things by narrowing your choices. It might mean setting a limit and upsetting him or her. That’s not the worst thing. He’ll feel like he’s worth standing up to, and you’re saying that you’ll risk his anger because the relationship is that strong.

Wolf is a child psychologist specializing in adolescence and the author of numerous books, including I’d Listen to My Parents if They’d Just Shut Up: What to Say and Not Say When Parenting Teens (William Morrow Paperbacks, 2011) and his best-selling Get Out of My Life, but first could you drive me and Cheryl to the Mall? He is a father of two in Springfield.

When my first child was a baby, he was colicky. It might have been a pediatrician, but someone told me that some kids are just like that. When I realized that it wasn’t a big issue I did what I could, but I wasn’t going to worry too much. Even if it wasn’t going to stop, it was going to eventually stop.

Play games and be competitive with your kids. Just keep yourself under control and set some limits on what you will and won’t do. You might not block their shots or you’ll only use your opposite hand. When you try, it’ll be more fun for them. They’ll want to do better. And it will be more fun for you because you have a challenge. Just realize that your kids will do anything to win. They’ll cheat, mess up the score and throw tantrums. It’s not the worst thing if they win. Ignore their behavior. You’re getting a more regressed version of your children. It’s normal, and it won’t carry over when they’re playing with their friends.

Steve Calechman is a regular contributor to the Boston Parents Paper and a father in Salem. 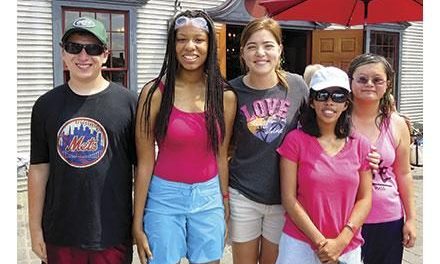 5 Benefits of Camp for Children with Special Needs 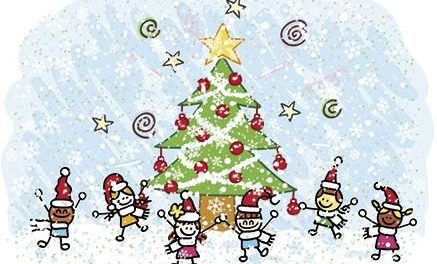 Taking the Hype Out of the Holidays 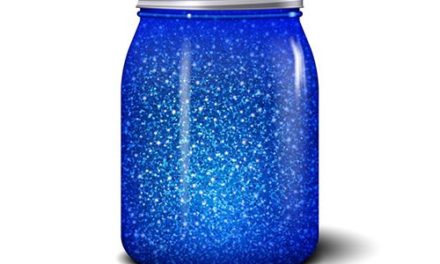 How do you teach your children to be more mindful?

10 Ways That Parents Can Help Their Sons