Adoption: Funny Side Up

When my husband and I got married in 1985, I think the average child per household was about 2.4. We rounded down and decided that 2 kids would be plenty for us. Of course, we wanted one of each – a boy and a girl. Who didn’t for that matter? It’s the dream family.

But three years later we were still waiting for that perfect family. Infertility had taken up residence and made itself at home in the form of me. Test after test proved futile and we weren’t getting any younger. It finally dawned on us there was another way to go about having a baby. This is when we began to seek adoption and “network” for our baby. I called and spoke to anyone who would listen to me about adoption. If they had adopted a baby I wanted to know who, what, when, where and how. I was a mom-to-be on a mission.

Sometimes as I shopped, I would see someone with a new baby in their cart. I would point to the baby and ask, “What aisle did you get that from? I want one!” They never realized how serious I was.  It was my way of having a little “comic relief” from all the tension and stress that was building up inside of me.

As it turns out, the “networking” paid off. Two separate friends (who didn’t know each other) gave me the name of an attorney who handled about two adoptions a year. Sure it was a long shot and slim to none chances of us being the recipients of the two babies he helped place each year. But with “Catholic Social Services” giving us a 10-year wait and the 20-page application for “Jerry Falwell’s Home for Unwed Mothers” awaiting our answers, we figured it couldn’t hurt to try.

I sent in a profile (I’m sure there’s another article for that) and pictures of us along with a letter to the birth mother. On a very serious note here, when I wrote this letter I sincerely felt I was writing it to the person who would carry our baby. I cried as I wrote it and knew that a power stronger than me was in control of my future as a mom.

About four months later my husband received a phone call from the attorney. We were one of four couples being considered for a baby that was due the end of September. By the end of the day, the birth mother had made her decision to choose us. My husband greeted me at home with a big smile on his face and the news that we were going to be parents!

Forty days later, our daughter was born.  And twenty-four hours later we were headed to Perimeter Mall in Atlanta to pick her up from the attorney. How funny is that? He believed it would be a good neutral location to hand her off to us. But I couldn’t help but see the irony in me going to the mall for a baby!

Carolyn Bransby is an adoptive parent of two. 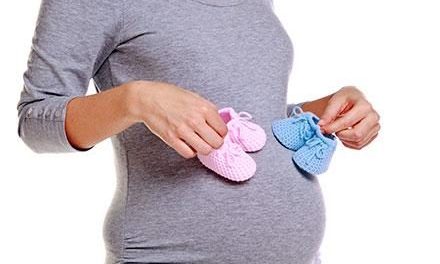